Evolutions and Revolutions in Transportation

Evolutions and Revolutions in Transportation Over the years, evolutions and revolutions in transportation have changed how Iowans travel. In Waterloo and the Cedar Valley, the pathways that Indians first followed became stagecoach routes during pioneer times. Later, railroad companies laid track along some of the same pathways. Still later, roads and highways were built. What was once a prairie path has evolved into today’s busy highway, railroad line or bike trail.

Step 1: Review the Information About Railroads in Iowa

Then read about the The Rail Revolution in Waterloo!

Look at the trails, railroad lines, and highways found on the Prairie Pathways map. Explore the different colors on the Cedar Valley Trails Network. 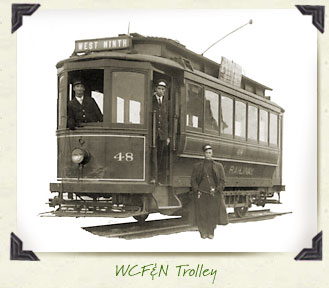 After you have reviewed the Prairie Pathways map, write a paragraph describing how transportation routes have changed from pioneer days to modern times. Possible questions to answer in your paragraph:
X

The Railroad Comes to Iowa 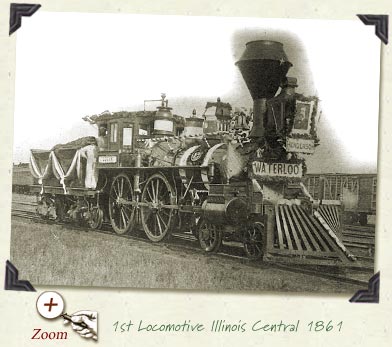 Most of Iowa’s pioneer settlers came from states in the East. Others came across the ocean on ships from countries in Europe. They arrived at Ellis Island in New York City before being allowed to enter the country. They came by wagon, stagecoach, steamboat, or train. Some even walked part of the way. Iowa’s new settlers often traveled using more than one of these means of transportation.

Some people think change came slowly in pioneer days. It is certainly true that covered wagons and buggies moved much more slowly than cars and airplanes. But in many respects, changes came very quickly in pioneer days.

For example, between 1833 and 1870, over one million pioneer settlers moved to Iowa. They cleared the land for farming, built homes and barns, laid out towns, created businesses and spanned the state with railroad track.

By 1870, four railroads had been built in Iowa and by 1895 there were five! The main lines ran from the eastern border to the western border of the state.

Railroads were extremely important to the development of Iowa’s industries. Because the railroads connected the state with the rest of the country, products made in Iowa’s factories could be shipped to other states all over the country.

Railroads were a more dependable means of transportation than steamboats. When the rivers froze in the north, steamboats could not operate. But railroads could run every month of the year.

The Illinois Central Railroad was the main line through Waterloo. As railroading developed, Waterloo had many railroad lines that carried products in and out of the city. Because trains were huge and only traveled where the tracks were laid, designers had to work carefully to make sure the tracks were at just the right places. They also developed the roundhouse which was built to allow engines to be changed from one train to another.

A roundhouse was built on East 4th Street in Waterloo. The roundhouse had a huge platform that could be rotated. 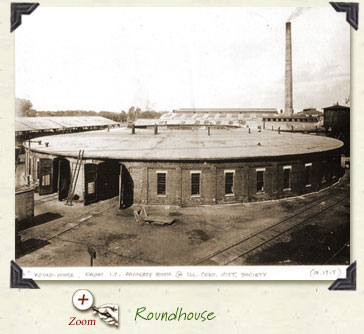 The train engine was rolled onto the platform. The engine was then disconnected from the rest of the train. The platform could rotate so that another engine could be connected to the train. 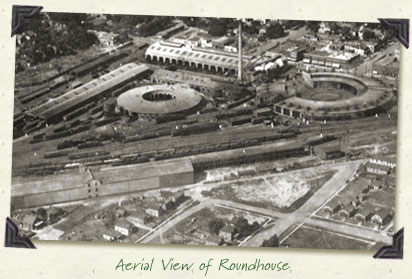 Railroads were a wonderful invention but they could also be dangerous. Tracks had to be maintained so trains didn’t derail and cause great property damage and loss of life. Conductors had to be careful that only one train was on the same section of track at the same time. If a train got on the wrong track and collided with another, many people could be hurt or killed and much damage could be done to property. 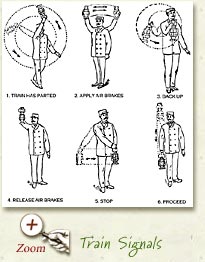 This chart illustrates some of the signals conductors used to communicate before more advanced technology allowed them to speak to one another electronically. While many African Americans migrated to large cities, a smaller number moved to communities like Waterloo. Between the years of 1910 and 1920 the small community of African Americans in Waterloo expanded from a handful of isolated residents to an active community boasting more than 800 members.

Later they came to live in homes in an area shaped like a triangle bordered by Sumner and Mobile Streets and the rail yards. As this neighborhood developed, churches and businesses were formed, becoming the core of the community. African Americans not only helped to build the railroad, but also helped to create Waterloo’s diverse cultural heritage. After the railroad reached Waterloo in 1861, the town would never be the same. Then businesses in Waterloo could send products anywhere the rail lines stretched.

The Illinois Central Railroad (ICRR) was the most important railroad company in Waterloo. It linked the city to Chicago and to the nation when it was built in 1861.

In 1870, the ICRR expanded and built repair shops in the city. Another important railroad company was the Chicago Great Western. The Chicago Great Western railroad formed a diagonal line that connected Kansas City with St. Paul. As it was built from Des Moines to Waterloo in 1884, it crossed the Illinois Central tracks near Waterloo and built repair shops in nearby Oelwein.

Other important railroad events in Waterloo and the Cedar Valley include: